Natural Gas From Start to Finish 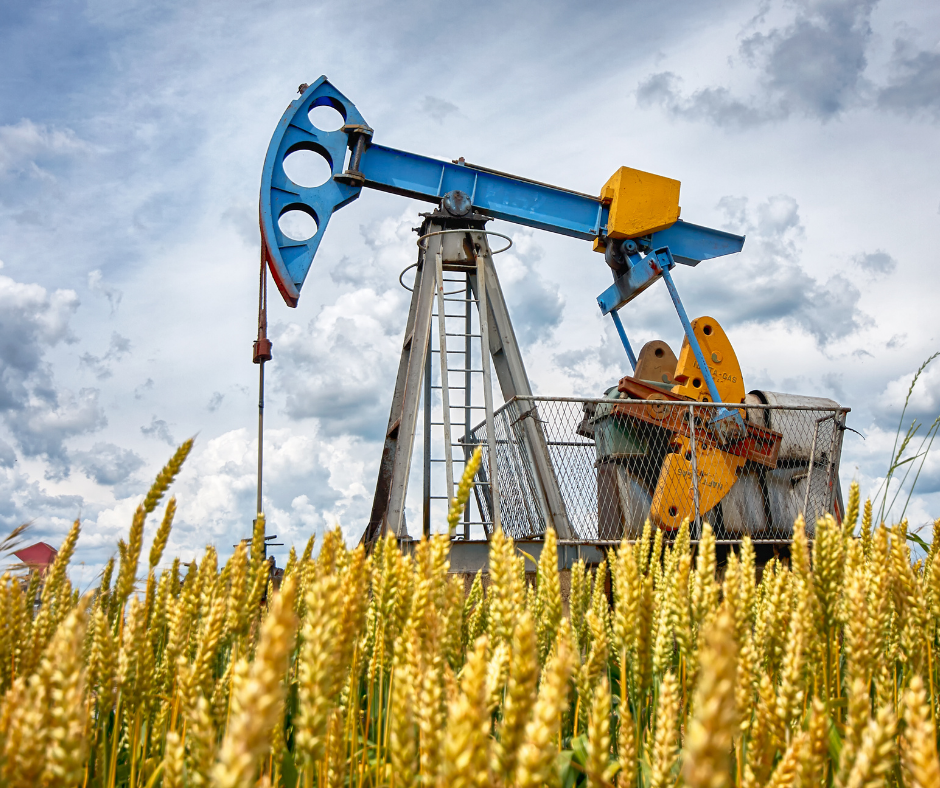 A buzzword, heard all over television and media; natural gas. But where does it come from, what is it exactly, and how does it power our homes?

What is Natural Gas?

Natural gas is a naturally occurring hydrocarbon gas. This gas was formed from decomposing plants and animals buried under layers of sedimentary rock called reservoirs. Over millions of years, intense heat and pressure helped transform this organic matter into what we know today as natural gas.  While natural gas is made up of varying amounts of hydrocarbons like pentane, ethane, propane and butane, gas that is mainly composed of methane is called dry gas. Wet gas is formed of compounds like ethane and butane in addition to methane. These other NGLs can be separated and sold for various uses like producing plastic.  The reservoirs in which natural gas can be found sometimes also contain water and crude oil. The natural gas found here is called associated gas. Non-associated gas occurs in gas-only reservoirs separate from crude oil, which is the majority of natural gas in the United States.

Where is Natural Gas Found?

Natural gas is found in 32 states across the US, including Ohio. Most of Ohio’s natural gas comes from Utica Shale rock, a reservoir of porous rock located deep beneath the surface across several states including Ohio, New York, Pennsylvania, West Virginia and even parts of Canada. Here, horizontal drilling and hydraulic fracturing are two main methods used to extract natural gas.

How is Natural Gas Extracted?

The extraction method required to get natural gas is what gives natural gas one of two types. The first type is called conventional natural gas, which is extracted by traditional drilling methods like wells. The second type is called unconventional natural gas which can come in the form of shale gas, tight gas, sour gas or coalbed methane. Each of these types has its own method of extraction, hence the name “unconventional”.  In Ohio, the two most common ways of extracting natural gas are horizontal drilling and hydraulic fracturing.  Hydraulic fracturing is used to extract shale gas. Gallons of fluid is injected into rock formations to help stimulate the flow of natural gas. The fractures created in the rock greatly increase the amount of extracted gas.  Horizontal drilling is the process in which the drill bit travels vertically until it reaches what’s called the kickoff point. From the kickoff point, the drill bit curves to travel horizontally so that it can target a larger area of reservoir rock. This extraction method has made it possible to generate much larger volumes of natural gas with fewer required wells.

How Do We Get Natural Gas?

After the gas is collected, it’s sent to a processing plant through a series of small pipelines called ‘gathering lines’. Here, the gas is separated from any contaminants (such as water, oil, sulfur or carbon dioxide) and becomes what is known as “pipeline quality” dry natural gas. The gas is then sent through more pipelines called “feeders” or the gas is stored for future use. Ohio has a total natural gas storage capacity totaling about 6% of the U.S. 's total and the eighth-largest state storage capacity in the country.

Additionally, Ohio is home to the fourth-most natural gas pipelines in the country. About 50% more natural gas is delivered to states across the country than is delivered to the state of Ohio, most of which goes to states like Indiana, Kentucky and Michigan. (www.eia.gov) Natural gas then makes its journey by way of booster stations (compressor stations) located at 40-100 mile intervals that mechanically compress the gas which serves two purposes. The first is to shrink the size of the gas molecules so that more can be moved at a time and the second is to transport it more quickly. There are also control centers along the way that monitor the flow rate, pressure and temperature readings in real-time. Operators at these control centers have the ability to remotely operate parts of the pipeline in certain situations that require quick adjustments.  Finally, there are regulating stations along the pipeline that are used to manipulate the pressure inside the pipelines to help meet customer needs. This is what helps the transfer of natural gas to distribution companies so that it may be delivered to homes and businesses across the country.

The journey from the well head to the home is a long one, but it’s one we monitor closely around the clock  to make sure your needs are always met. If you’re looking for a new, affordable way to power your home, join the millions of Ohioans who use natural gas and enroll today.